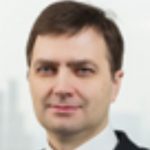 During his career Alexey worked both in Russia and abroad, for Lukoil International GmbH in Vienna/Austria, and for Lukoil-Arctic-Tanker, ZAO RUST incorporated, Siemens. He started his career as chief specialist of administrative and legal department at Rospischinvest.

Alexey received his degree in International Law at Moscow State Institute of International Relations (University) and in Economy from London Metropolitan University, including a postgraduate diploma in Maritime Law.