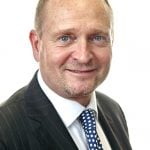 Bjorn Hojgaard is the CEO of Anglo-Eastern Univan Group, one of the world’s foremost ship management companies. His appointment follows the 2015 merger with Univan Ship Management, where he was also CEO. Previously, he was Managing Director at Thome Ship Management, Brigantine Group and A.P. Moller Singapore, as well as Manager of Operations, Efficiency & IT for APM Terminals. A keen yachtsman and Master Mariner, Bjorn worked his way up through the ranks, from military service in the Royal Danish Navy to Captain of one of the largest container vessels in the A.P. Moller – Maersk merchant fleet, before moving into shore-side management.