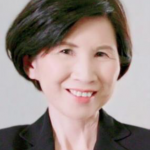 Ms Ng Bee Kim is the Director General of Trade at the Ministry of Trade and Industry (MTI), an appointment she has held since 2008. Ms Ng is responsible for overseeing Singapore’s trade policies to grow Singapore’s economy and support enterprises in their internationalisation efforts.

Ms Ng leads Singapore’s partnership with international bodies like the World Trade Organisation (WTO) and the Asia-Pacific Economic Cooperation (APEC) to uphold and strengthen the multilateral trading system. Notably, Ms Ng was part of the Uruguay Round of the General Agreement on Tariffs and Trade (GATT) which led to the creation of the WTO.

Ms Ng graduated with a Bachelor of Arts degree from the National University of Singapore in 1983. She obtained her Masters of Business Administration degree from Monash University, Australia in 1989.