While the shipping industry is committed to reducing CO2 emissions and the implementation of the 2020 global sulphur cap, ICS is also engaged with discussions concerning other atmospheric emissions from ships.
Black carbon refers to the solid particles emitted during the incomplete combustion of fuel, and can contribute to climate change in two ways: in the atmosphere it absorbs sunlight and reemits the energy as heat; and when deposited on ice or snow in the Arctic it is believed to reduce reflectivity causing the absorption of more sunlight, potentially accelerating the melting of the polar ice cap. Black carbon can also contribute to respiratory diseases and thus is a public health concern.

Defining black carbon
Addressing black carbon emissions is therefore a priority at IMO, and ICS acknowledges the great importance of the issue. However, the topic is a complex one, not least what the definition of black carbon actually is. Moreover, while some environmental policy makers often give emphasis to the possible impact of the small amount of shipping that trades in the Arctic, black carbon can travel very large distances.
The possible contribution of shipping to the problem therefore has to be seen in the context of the far greater production of black carbon by other industries, especially coal powered power stations generating electricity. Although IMO is currently developing a ban on the use of heavy fuel oil by ships in the Arctic this is actually driven by concerns about the potential impacts of oil pollution.
In September 2018, ICS (with the World Shipping Council) participated in a very useful workshop held by the International Council on Clean Transportation (ICCT) in San Francisco. The goal was to identify appropriate black carbon control measures for international shipping. While ICS did not fully concur with all of the conclusions, ICS was impressed by the commitment to scientific objectivity and the willingness to consider possible solutions that might be realistic and practicable.
ICS has also been active in an IMO correspondence group with governments, established in 2018, to further consider the impact on the Arctic of black carbon emissions from international shipping. As a result of the significant effort invested in this by IMO, knowledge and understanding of black carbon and the extent of shipping’s possible contribution to the problem is increasing.

Identifying suitable control measures for shipping
That said, it should be recognised that emissions of black carbon are subject to a range of variables and it remains a complicated subject. For example, a switch to distillate fuel may reduce emissions of black carbon for some engines, particularly those provided with electronic fuel systems and particulate filters. However, in engines with mechanical fuel systems a switch to distillates may be ineffective or even result in increased black carbon emissions, particularly at lower loads. Any assessment of the effectiveness and appropriateness of possible black carbon control techniques must therefore be qualified by stating limiting conditions and the influence of other factors. These include engine design, fuel type and engine load. 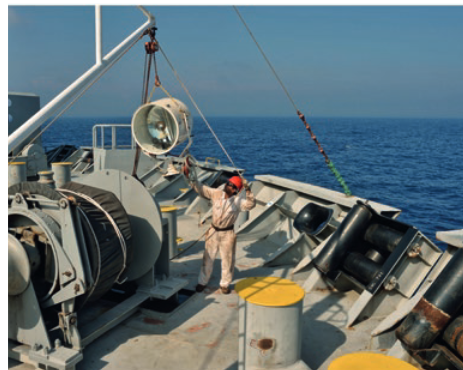 The matter is complicated further when it is remembered that although black carbon is a type of particulate matter (PM), only a small percentage of PM is actually black carbon. IMO has decided to agree to the ‘Bond et al’ definition which describes the specific properties of black carbon. But it is important not to conflate black carbon with PM as the two terms are not synonymous. Significant work is still required to agree a robust measurement methodology for black carbon emissions, which will be a prerequisite for the development of any future control measures by IMO.
Notwithstanding these questions and the complexity of the issue, ICS is generally satisfied with the progress IMO is making. In May 2019, the IMO MEPC completed the identification of a list of potential black carbon control measures. ICS now expects further proposals for a new output to identify which of these measures might be most appropriate for IMO to consider further, with a view to the development of regulation or guidance, and to agree a measurement standard which might be suitable for any future control measures. ICS will continue to contribute actively to this work at IMO and to engage with other stakeholders on this important issue.

1. Black carbon is believed to accelerate the melting of the polar cap by reducing reflectivity

2. Emissions by shipping are minor compared to other industries

3. Control techniques must take into account engine and fuel factors

Shaping the Future of Shipping Summit