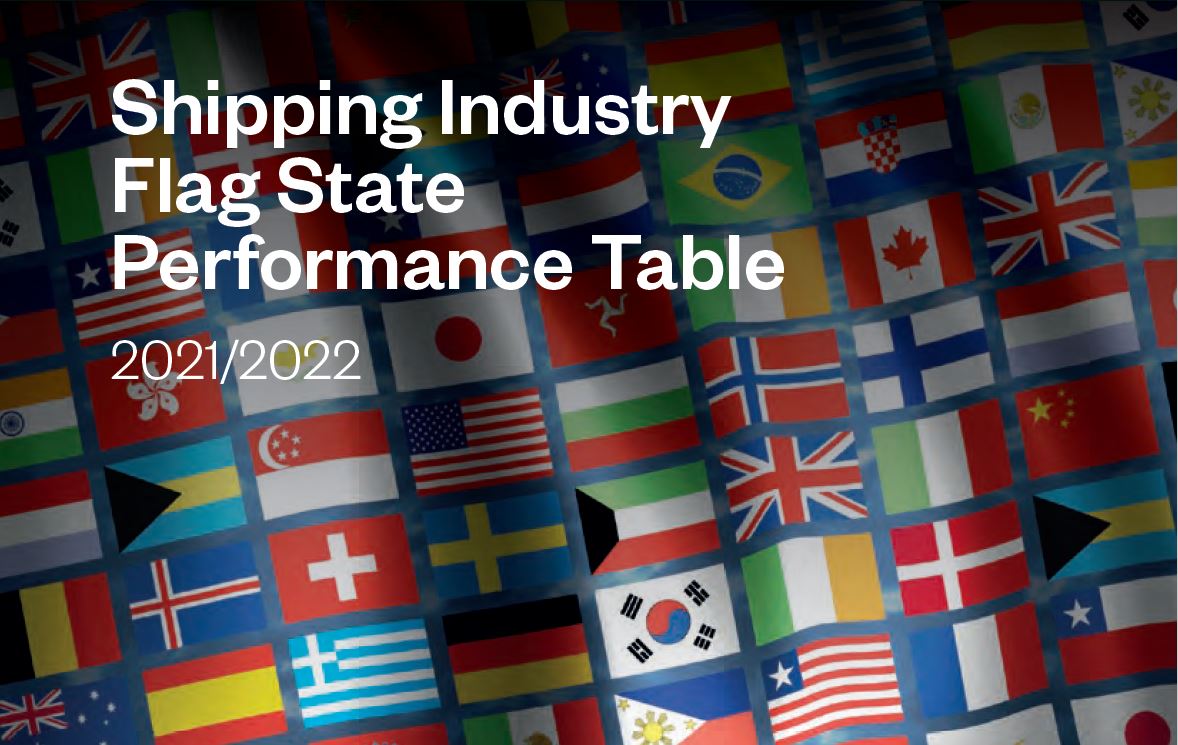 The Shipping Industry Flag State Performance Table brings together data regarding the performance of flag States against specific criteria, including Port State Control (PSC) records, ratification of international conventions and IMO meeting attendance. The 2021/2022 edition is based on the most up-to-date data available as of January 2022.

It is intended to encourage shipowners to maintain a dialogue with their flag administrations, and help facilitate necessary improvements in the interests of safety, the environment and decent working conditions.

The level of performance of many of the largest flag States – including Marshall Islands, Greece, Singapore and Hong Long (China) – continues to be very positive.

Indeed, among the ten largest ships registers (by dead weight tonnage), covering more than 75% of the world fleet, none have more than two indicators of potentially negative performance, and five have no negative indicators at all.

The table also indicates that distinctions between ‘traditional’ flags and open registers are no longer meaningful, with many open registers among the very top performers alongside several European registers, and flags such as Japan.

However, this year’s Table highlights a drop in levels of reporting on the status of national ILO labour standards, including the 2006 Maritime Labour Convention (MLC), revealing a 6 percentage point decrease in Flag States successfully meeting their obligations.

Overall, a number of smaller flag States still have a lot of work to do to address indicators of potential negative performance, and shipowners should consider very carefully the prospect of using these flags, which may be perceived to be sub-standard, according to the data on the table.

For example, a flag State may not have ratified a particular IMO or ILO instrument due to a conflict with its national law while nevertheless implementing the Convention’s main requirements.

Another example of a good reason for why a flag may be lacking one or two positive indicators could apply to PSC, especially if it has had too few port calls to gain a place in the ‘white lists’ of certain PSC regimes.

The above notwithstanding, if a State is lacking a large number of positive indicators then shipowners may want to ask serious questions.