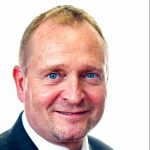 Bjorn Hojgaard is Chairman of the Hong Kong Shipowners Association and CEO of Anglo-Eastern Univan Group, a ship management company.

Previously, he was Managing Director at Thome Ship Management, Brigantine Group and A.P. Moller Singapore, as well as Manager of Operations, Efficiency & IT for APM Terminals.

A keen yachtsman and Master Mariner, Bjorn worked his way up through the ranks, from military service in the Royal Danish Navy to Captain of one of the largest container vessels in the A.P. Moller – Maersk merchant fleet, before moving into shore-side management.

He has served two terms on the Singapore Shipping Association’s Council and as Chairman of its Technical Committee (2009-2011), delivering the SSA’s draft proposal on piracy to the UN Contact Group on Piracy off the Coast of Somalia (CGPCS) in New York in June 2011.

“As the principal umbrella trade association for national shipowner/operator associations worldwide, the International Chamber of Shipping (ICS) does what we do at the Hong Kong Shipowners Association (HKSOA) on a global scale.

Representing 80% of the world’s merchant fleet through its member associations, the ICS is an integral voice for shipowners/operators, their associations and collective interests, as well as the go-to hub for discussing and advancing topics of major importance to our industry.”