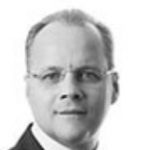 Dr. Duarte Rodrigues was appointed Director and Chief Operating Officer of Grupo Sousa Investimentos SGPS, Lda – Funchal, Portugal in 2003. He has been ICS board member since 2019 and member of the board of the Navy Shipowners’ Trade Association since 2010.

From 2006-2009 he was Vice-President and from 2009-2013 President of the Madeira Chamber of Commerce and Industry (ACIF-CCIM) – Commercial and Industrial Association of Funchal. Previous roles include Managing Director of Empresa de Navegação Madeirense, Lda (ENM) from 1997-2009. From 1993-1995 Duarte Rodrigues was Financial Director and from 1999-2012 Managing Director of Porto Santo Line – Transportes Marítimos, Lda.