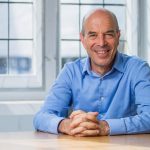 From 1996 to 2001, he was chief executive and managing director of the Development Bank of Southern Africa (DBSA) and at that time also served as an adviser to President Nelson Mandela.

From 2001 to 2006 Ian was Vice President of the World Bank and the Group’s Director of Policy. He served on the Bank’s senior management team and was directly responsible for its relationship with all major shareholders. Previously, Ian served as Principal Economist at the EBRD and the Director of Programmes at the OECD Development Centre.

He has been knighted by the French Government and received numerous awards. He has published over 60 journal articles and 22 books. His most recent is Rescue: From Global Crisis to a Better World. His previous books include Terra Incognita: 100 Maps to Survive the Next 100 Years, Age of Discovery: Navigating the Storms of Our Second Renaissance and The Butterfly Defect: Why Globalization Creates Systemic Risks and What to Do, in which he predicted that a pandemic was the most likely cause of the next financial crisis. Other books include Exceptional People: How Migration Shaped Our World and Will Define Our Future; Development: A Very Short Introduction; and Is the Planet Full?. He has authored and presented three BBC Documentary Series After The Crash; Will AI Kill Development? and The Pandemic that Changed the World.

He has been interviewed on BBCHardTalk and is a frequent contributor to major global media outlets. He lectures at Oxford, Tsinghua and other leading universities and provides advisory and consultancy services to the IMF, UN, EU, OECD and numerous governments and companies.

He has served as a non-executive Director on six globally listed companies, including serving as the Senior Independent Director and chairing remuneration, risk, investment, credit, ethics and other board committees. He is Chair of the core-econ.org initiative to transform economics, and is an honorary trustee of Comic Relief and other charities.