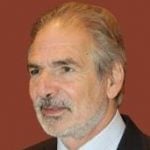 John C. Lyras is a principal of Paralos Maritime Corporation S.A. and has been involved in shipping since 1975. He comes from a Greek seafaring family with a tradition in shipping that goes back four generations.

He has served as President and Vice President of the Union of Greek Shipowners (UGS) and has been a member of the Board since 1979. He is Chairman of the UGS Foreign Affairs Committee.

He has been President and Vice President of the European Community Shipowners’ Associations (ECSA). He has been a member of the Board of the International Chamber of Shipping (ICS) since 1985, Vice-Chairman from 1989 to 1991 and from 2014 to 2017, as well as Chairman of its Shipping Policy Committee from 2003 to 2014.

The Greek-owned fleet is primarily involved in the bulk / tramp sector and, thus, carries by and large staples that are essential for our lives. Bulk / tramp shipping represents 84% of world seaborne trade, it is a truly entrepreneurial sector that maintains characteristics of perfect competition, it is itinerant in nature and usually under the instructions of a third-party, i.e. the charterer.

John C. Lyras is a founder member and ex Board member of Hellenic Marine Environment Protection Association (HELMEPA) and is a member of the Greek Committee of the American Bureau of Shipping and of Det Norske Veritas GL Greek National Committee.

He is also a founder member and Executive Committee member of the Malta International Shipowners Association.