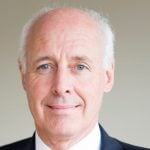 Ludwig Criel has been Chairman of Royal Belgian Shipowners’ Association (RBSA) since 2016 .

He has been a Director of CMB since 1991 and of Exmar since listing in 2003. He held various management positions within the Almabo/Exmar Group and in 1991 became Chief Financial Officer of CMB nv, one of the oldest and biggest shipowning companies in Antwerp. At present, he is also a member and Chairman of the Executive Committee of CMB nv.

Ludwig graduated from the University of Ghent with a degree in Applied Economic Sciences and also holds a degree in Management (Vlerick School of Management).