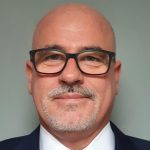 Michael joined the ICC International Maritime Bureau (IMB) in May 1994 and closely co-ordinates with the IMB’s shipping, banking, insurance and trading company members with regards to loss prevention and advice.

He also works closely with the IMB Piracy Reporting Centre (PRC) based in Kuala Lumpur, Malaysia. The IMB PRC is a single point of contact for the shipping community to report acts of piracy and armed robbery from anywhere in the world. The IMB PRC is regarded as the primary source of information on piracy attacks globally.

He has travelled on investigations to many countries, spoken at numerous conferences and seminars worldwide and written papers on areas connected with the subject of piracy, fraud and malpractice in trade finance and international trade.

In January 2020, Michael became the CEO of ICC Commercial Crime Services – the anti-crime unit of the International Chamber of Commerce – of which IMB is a part.