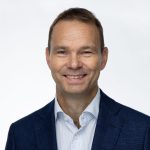 He has a degree in geography from the University of Bergen and graduated from the Norwegian School of Economics and Business Administration in 1992. Prior to joining Gard, he worked as an auditor and business consultant with KPMG and the Norwegian government.

Rolf Thore is a Council Member of DNVGL.