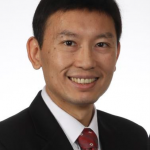 Senior Minister of State, Ministry of Transport, Republic of Singapore

Mr Chee Hong Tat was appointed Senior Minister of State for Foreign Affairs and Transport on 27 July 2020. He left the Ministry of Foreign Affairs in May 2021 to join the National Trades Union Congress as Deputy Secretary General. He was re-elected as a Member of Parliament for the Bishan-Toa Payoh Group Representation Constituency (GRC) in the 2020 General Elections. During his first term in politics, he had served as Senior Minister of State in Health, Communications & Information, Education and Trade & Industry.

He was born in 1973 and is married with four children.