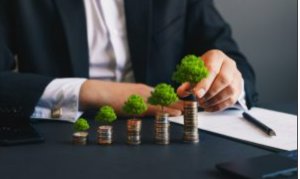 Tuesday 25th October 2022. London. The International Chamber of Shipping (ICS), which represents 80% of the world’s merchant fleet, has announced proposals to accelerate the maritime sector’s transition to net zero by financially rewarding ships and energy producers that invest in low/net zero emission fuels.

In a paper to shipping’s UN regulator, the International Maritime Organization (IMO),

ICS proposes a ‘fund and reward’ system to catalyse the adoption of alternative fuels, which currently cost at least two or three times more than conventional marine fuel.

The ICS fund and reward (F&R) proposal combines elements of various recent GHG reduction proposals from a number of governments, plus a flat rate contribution system previously proposed by ICS and INTERCARGO, and ideas recently put forward for a global IMO measure by the EU 27.

“With the ICS fund and reward proposal, IMO member states have a new but very short window of opportunity to put in place a global economic measure which can kick start the development and production of alternative fuels for shipping. To achieve net zero mid-century, these new fuels must start to become available in significant quantities on a commercial basis no later than about 2030.”

“Compromise is always difficult but, in any negotiation, having a proposal like this can enable everyone to come together. I hope this proposal will act as a bridge between the climate ambitions of both developed and developing countries so that no part of the global shipping industry will be left behind.”

The reward rate would be calculated based on CO2 emissions prevented and funded via a mandatory flat rate contribution from ships per tonne of CO2 emitted. The industry body said that the ‘fund and reward’ system could be established by 2024, if governments can agree on the regulatory framework at the IMO.

ICS proposes that contributions from the global fleet be gathered in an “International Maritime Sustainability Fund”. Such a fund, the body said, could raise billions of dollars annually, which would then be committed both to narrowing the price gap, globally, between existing high carbon marine fuels and alternative fuels, as well as supporting much needed investment in developing nations for the production of new marine fuels and bunkering infrastructure.

The fund would reward ships according to annual reporting of the CO2 emissions prevented by the use of “eligible alternative fuels”. For example, a ship powered by ammonia (among many other alternative fuels including methanol, hydrogen, sustainable biofuels and synthetic fuels) could receive a cost saving of more than 1.5 million USD annually.

Coming ahead of COP 27, this new industry proposal is relevant in the context of the total CO2 emissions from international shipping – regarded as a ‘hard to abate’ sector – which account for between 2 and 3 per cent of the world economy’s total greenhouse gas emissions.

“We must narrow the significant price gap of new, very expensive, alternative fuels to accelerate their production and take-up, so that we reach a take-off point by 2030 on our pathway to net zero by 2050. But it is crucial that our industry also supports maritime greenhouse gas reduction efforts in developing countries.”

“This fund has the potential to go beyond the traditional reach of the IMO, boosting investment for the fuel production and bunkering infrastructure in ports worldwide that will be vital for our global industry to decarbonise completely.”

The ICS proposal aims to ensure that at least 5% of the energy used by the world fleet in 2030 is produced from alternative fuels. This would deliver against Mission Innovation’s 2022 Action Plan for zero-emission shipping and would represent the equivalent of approximately 15 million tonnes of new fuels annually by the end of the decade, a significant advance from a current figure of almost zero.

A detailed impact assessment undertaken for ICS by Clarksons Research has identified that a financial contribution of up to approximately 100 USD per tonne of CO2 emitted would not cause disproportionately negative impacts on the economies of states. However, ICS believes that contributions could initially be set much lower and then be subject to a 5-year review as increasing quantities of new fuels become available.

The quantum of the contribution by ships is of great importance to developing countries whose support will be required to get the regulatory framework adopted, the architecture for which is based on the industry’s previous proposals for an IMO R&D Fund.

The ICS proposal for a fund and reward (F&R) measure, will be discussed in December 2022 after COP 27 and ahead of the next IMO Marine Environment Protection Committee in London.

South Africa and UAE, from the governments of the Marshall Islands and the Solomon Islands,

ideas recently put forward for a global IMO measure by the EU 27.

is supported by the governments of Denmark, France, Ghana, Norway, India, Morocco,