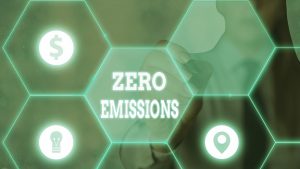 “By refusing to take forward the shipping industry’s proposed research and development fund, the IMO has wasted its opportunity to kick start a rapid transition to zero-carbon technologies which will be vital if we are to decarbonise completely by 2050. Despite the support of many IMO States, we have been frustrated by short-sighted political manoeuvring which has led to the proposal in effect being killed. The signal this sends means that the financial risk associated with green investment will remain high, slowing down efforts to switch to zero-carbon fuels as soon as possible.

“Some claimed that the fund was a market-based measure and did not go far enough, deliberately misinterpreting our intention. The fund was never presented as a carbon pricing measure, which, although being an additional measure which we also fully support, is politically far more complex and will take many more years to develop. If governments had shown the political will, the separate R&D fund could have been up and running next year, raising billions of dollars from industry at no cost to governments.

“Despite the lack of government leadership at the IMO, the shipping industry remains committed to finding ways of achieving net zero carbon emissions by 2050. Funding for R&D will be top of the agenda at the Shaping the Future of Shipping Summit, to be hosted by ICS in London on 21 June. We will bring together leading CEOs from across our global industry to find ways to practically decarbonise shipping.”

“In addition to providing half a billion dollars per year to support global R&D programmes, the fund would have provided US$50 million per year to support maritime greenhouse gas reduction projects in developing countries – a ten-fold increase to the current IMO technical cooperation budget. Sadly, it seems this opportunity to provide immediate help to the likes of Small Island Developing States has also now been lost.

“On the positive side, the possibility remains for the IMO to make use of the Fund’s proposed regulatory architecture to underpin a future global carbon levy on shipping’s CO2 emissions, to close the price gap with zero-carbon fuels when they become available and provide significant funds to help expedite the transition to net zero by 2050.  “If the contribution system which we have developed can speed up implementation of a global carbon levy for shipping, we may yet be able to look back on this setback at the IMO as a significant moment of success.”

About the proposal for the R&D Fund

The proposal to establish an International Maritime Research and Development Board (IMRB), to accelerate R&D of zero-carbon technologies and fuels, was jointly submitted to the UN IMO by the shipping industry’s leading trade associations in 2019. This was followed by a comprehensive regulatory proposal in 2020 from 10 governments (including the major maritime nations of Denmark, Greece, Japan and Singapore, as well as Georgia, Liberia, Malta Nigeria, Palau and Switzerland) for a mandatory R&D contribution, to be paid by ships globally, of US$2 per tonne of marine fuel consumed, to an IMO Maritime Research Fund (IMRF). The IMRF would have provided around US$ 5 billion of funding for R&D programmes.