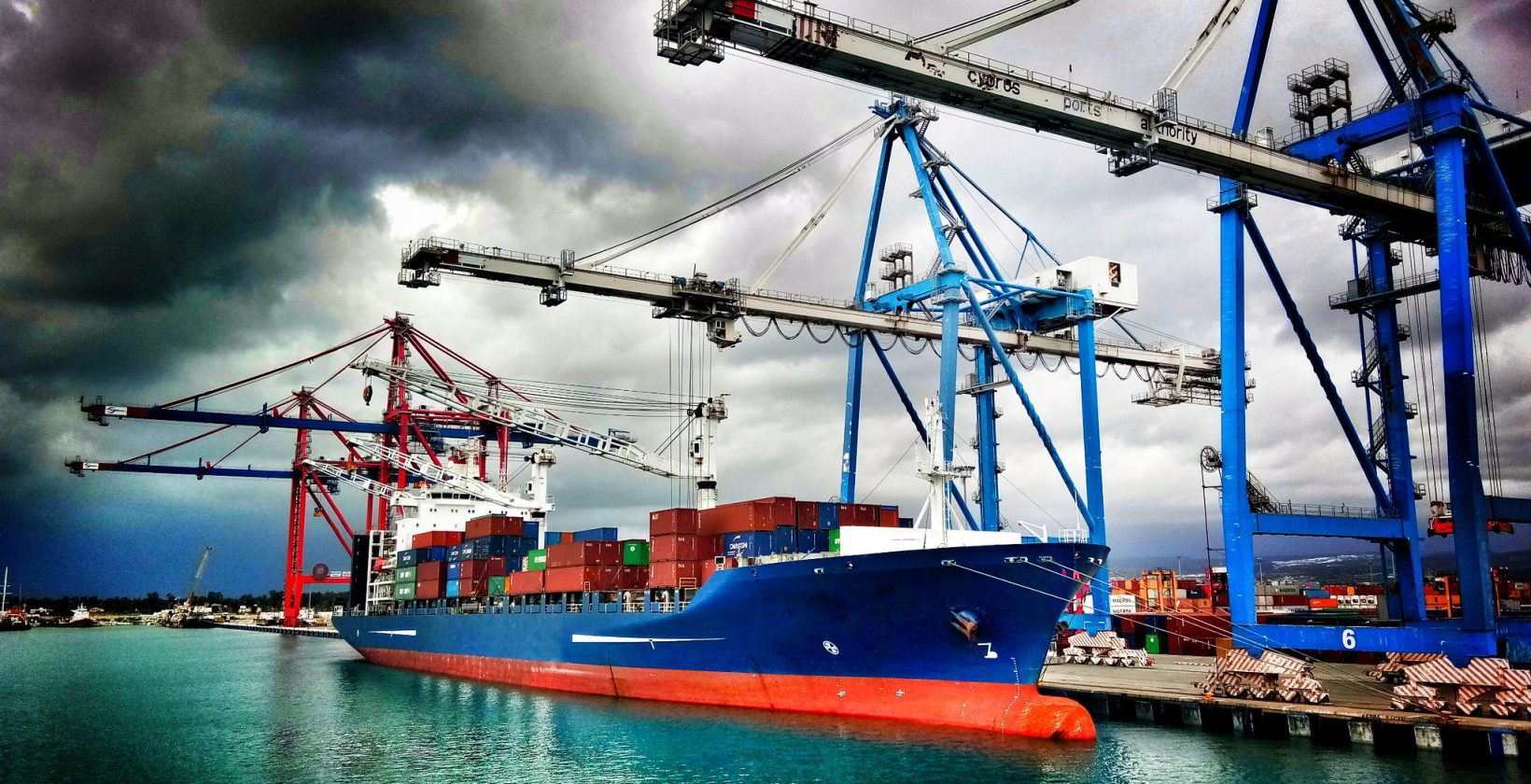 Between March and August 2020 it is estimated that only about 25% of normal crew changes were able to take place, due to restrictions imposed by national health and immigration authorities and the suspension of the majority of international flights. There is a growing recognition that seafarers’ tours of duty cannot continue to be extended indefinitely and that the current situation is unsustainable.

Apart from serious humanitarian and crew welfare concerns, and issues of regulatory compliance, there is an increasing risk that fatigue will lead to serious maritime accidents. If this situation continues indefinitely and ships are unable to operate safely in compliance with international rules, large numbers of ships may have to suspend their operations. This will have serious consequences for the maintenance of global supply chains on which all national economies are so dependent during this time of global crisis.

It is hard to be precise about numbers, but at least half a million seafarers have been affected. In August 2020, it was estimated that over 150,000 seafarers required immediate repatriation with as many as 250,000 serving on extended crew contracts who were overdue to return home, in addition to those needing to join their ships in order to work and keep the world fleet moving. Unless governments take necessary actions to facilitate crew changes, the number of crews stranded at sea seems set to further increase.

As well as restrictions placed on the movement of seafarers by national and local authorities, there is also the problem of the continued suspension of the majority of flights between major crew change ports and the principal labour supply countries, especially those located in Asia where the majority of the world’s seafarers reside.

On 15 June 2020, the International Transport Worker’s Federation (ITF) announced it was unable to agree to a further blanket extension of tours of duty under the contracts it has with the International Maritime Employers’ Council (IMEC) which apply to many seafarers from the principal labour supply countries including the Philippines, India and Eastern Europe. Despite continuing good co-operation between ICS and ITF, it is clear that in response to increasing distress among ships’ crews, who remain unable to return home, patience among seafarers’ unions is running out

Leading a shipping industry Crew Change Task Force, established early in April 2020, ICS has pursued a strategy with several elements. The first was the development by ICS, with input from the wider industry, of a comprehensive ‘Framework of Protocols’ for conducting crew changes safely which was circulated to governments via IMO at the beginning of May.

These Protocols set out in detail the measures which shipping companies should take throughout the crew change process, and the documentation needed to support this. The Protocols cover the entire process from before seafarers leave their homes, to travelling via airports and joining a ship in another country – and the same with respect to travel in the other direction. In return for adherence to these Protocols, and recognising the ‘key worker’ status of seafarers advocated by IMO, governments are expected to facilitate crew changes, notwithstanding any restrictions that might apply to other international travellers.

It should be understood that the ‘12 steps’, as outlined in what have become known as the IMO Protocols, are only a framework which national governments can adapt according to prevailing national circumstances. ICS members have therefore been liaising closely with relevant national authorities to make these Protocols work at local level.

However, while the use and recognition of these IMO Protocols has gained traction worldwide, many national authorities continue to insist on applying quarantine procedures to seafarers or other impractical requirements, such as ships having to remain at berth or anchor until those seafarers being repatriated have departed on their flights, which, given the shortage of flights available, has been highly problematic.

There is also still much uncertainty about testing requirements, which ICS intends to address in a revised version of the Protocols
for submission to IMO in the Autumn.

The situation has been very fluid and it is difficult make generalisations about the extent to which there has been progress towards a solution. Aside from the continuing shortage of scheduled flights, problems with conducting crew changes continue to be acute in much of Asia. Nations such as India and China have largely restricted crew changes, to the extent they have been permitted at all, to seafarers who are their own countries’ nationals, though in the case of India there is hope that this may change once it completes its programme of general repatriation flights provided for all Indian citizens.

The major Asian crew change hubs of Hong Kong, Singapore and the Philippines have gradually removed a number of major obstacles to crew changes. However, while there has been some softening of the attitude on the part of many national authorities, it has often been a case of ‘two steps forward, one step back’ as restrictions are re-imposed following a recurrence of local infections which are often attributed to travellers arriving from overseas. Disappointingly this has sometimes been the case in both Hong Kong and Singapore, despite their status as global maritime centres, although at the end of August 2020 there were some positive signs of increasing flexibility on part of the local authorities.

The situation in Europe partially improved in the summer of 2020 as limited tourism flights were permitted to resume, and the effort made by many EU governments and the United Kingdom towards facilitating crew changes, regardless of the nationality of the seafarers concerned, is to be commended. (Efforts made by the United States and Middle East nations merit special mention too.) However, obtaining necessary visas is still a major challenge for many non-EU seafarers wishing to travel to and from the EU Schengen Area. This has been due to the limited capacity of EU Member State consulates in the principal labour supply countries, many of which were closed for a prolonged period. Working with the European Community Shipowners’ Associations (ECSA) and the European Commission, ICS has been pressing to increase the possibilities for EU States to issue visas to seafarers on arrival or to be granted a temporary waiver from visa requirements altogether.

To help resolve the crew change crisis, ICS led the development of the IMO Framework of Protocols for conducting safe crew changes which is now being promoted among governments worldwide.

As it is likely, in the short term at least, that it may only be possible to conduct crew changes via a limited number of airports, ICS has also been exploring the need for some ships to be diverted to ports in proximity to major airports from which flights are available. This has included addressing the complex commercial and insurance implications of doing so, especially in tramp trades.

The role of charterers

In co-operation with the International Group of P&I Clubs, ICS invested considerable effort into developing a model charterparty clause for use in the event that ships might need to deviate to conduct a crew change during the unique circumstances of the pandemic.

The ICS Maritime Law Committee subsequently agreed in May that BIMCO should take this work forward to completion, and BIMCO duly published a model clause in July 2020. ICS is now supporting efforts to promote this and other model clauses with charterers who need to accept their share of responsibility for allowing crew changes to take place in these unprecedented circumstances.

Unfortunately, many bulk charterers have seemingly been reluctant to accommodate even minor deviations by ships to facilitate crew changes, even when the cost is met solely by the shipowner.

The customers of containership companies, which include major global corporations, could also play a greater role in highlighting the need for governments to take action to resolve this serious crisis. Apart from the humanitarian imperative, given the impacts of the inability of ships to conduct crew changes for the maintenance of safe and efficient supply chains, this should really be a matter of enlightened self-interest.

The need for political action

To add further momentum for action by governments, ICS (and the UK Chamber of Shipping) persuaded the Government of the United Kingdom to host a global summit of ministers on the crew change crisis on 9 July 2020. This high level meeting, attended by senior political representatives from a wide range of nations, as well as IMO, ILO, ICS and ITF, made a number of useful pledges. But far more needs to be done to convert these well meaning aspirations into genuine practical action at the highest political level within those ministries directly responsible for national health and immigration policies, in order to address a situation which is increasingly unsustainable.

It is important to emphasise that the infection risk to the wider population presented by cargo ships and crew travel is relatively low, especially given the health protection measures being taken across the industry. Yet many governments around the world still fail to act. Despite the status of seafarers as global ‘key workers’, the restrictions that apply to the movement of ships’ crews are often more onerous than those for tourists.

The main obstacle to resolving this crisis is that many health border protection authorities still lack a comprehensive understanding of the essential role of seafarers in the flow of global trade. Given the importance of shipping to the global economy, action is therefore urgently needed at the very highest political level. And this means deeds not words. The continuation of the current situation, with hundreds of thousands of seafarers being forced to work beyond their contracts is simply untenable.

Patience throughout the global shipping community is wearing thin. The industry has played its part by developing, and adhering to, the detailed IMO Protocols for conducting crew changes safely. In view of the repeated calls from G20 leaders to keep world trade moving, and from a plethora of United Nations agencies for governments to meet their obligations under the diplomatic Conventions to which they are signatories, the world’s national leaders no longer have any excuses for further inaction.

Shipping 2020: Analysis of the impact of the COVID-19 pandemic

Coronavirus (COVID-19): Guidance for Ship Operators for the Protection of the Health of Seafarers, Fifth Edition

Coronavirus (COVID-19): Guidance for Ship Operators for the Protection of the Health of Seafarers, Fourth Edition