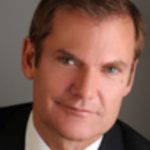 Bruce Burrows has been President and CEO of the Chamber of Marine Commerce since 2016.

He draws on strong advocacy skills and over 35 years of experience in the transportation and industrial sectors, having held progressively senior positions at Canadian Pacific Railway in Canada and Europe and the Railway Association of Canada in Ottawa. At TACTIX Government Relations and Public Affairs he led their ‘Transportation, Infrastructure and Energy’ practice.

“Being part of the ICS helps us ensure that Canadian inland and coastal shipping has a voice in the development of policies and regulations being considered by the International Maritime Organization.”

In the past he has been a board director of the Transportation Association of Canada, the Greater Vancouver Gateway Council, the Canadian Society of Association Executives (OG) and member of the Canadian Chamber of Commerce’s Transportation and International Affairs committees and the National Roundtable on the Environment and Economy’s Advisory Committee.

A graduate of Upper Canada College and Queen’s University with a business degree, he is also a credited member of the Institute of Logistics and Transport.